Background
Robert D. Ebel is Affiliated Senior Economist at the International Center for Public Policy and Center for State and Local Finance with the Andrew Young School Public Policy of the Georgia State University and consultant on intergovernmental fiscal relations, fiscal federalism, and state and local finance. For the period 2006-2009 he served as Deputy Chief Financial Officer for Revenue Analysis and Chief Economist for the Washington, DC government. Prior to joining the Office of the Chief Financial Officer, he was Lead Economist for the World Bank Institute’s (WBI) Capacity Building programs on Public Finance, Intergovernmental Relations and Local Financial Management, and Chair of the Soros Foundation Sub-Board on Local Government and Public Sector Reform (LGI). While at WBI he further served as the World Bank’s technical representative to the Sudan Peace Consultations (2002-2004), and for, the African Union a technical resource person at the Inter-Sudanese Peace Consultations on Darfur (2006). In his World Bank capacity, Robert also established and directed the WBI’s program in Intergovernmental Relations and Local Public Financial Management. He also held professorships at the University of Hawai’i, the United States Foreign Service Institute, and the University of the District of Columbia; and as an Adjunct Professor of Practice at the New York University Wagner School. Robert is an elected member of the National Academy of Public Administration (NAPA) and recipient of (i) the Steven D. Gold Award that is jointly presented by the NTA, APPAM and NCSL for an ability to “span with integrity and evenhandedness the interest of scholars, practitioners, policymakers and advocates” in US state/local finance, and (ii) as a member the West Bank/Gaza team, the World Bank President’s Award for Excellence. 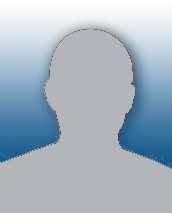