Before joining the Assembly, he worked as an expert to parliaments, government authorities, development donors, and international non-governmental organizations. Working with the government, he provided technical assistance to the Office of Prime Minister and Council of Ministers, National Planning Commission, Ministry of Local Development and the Local Bodies’ Fiscal Commission in designing and implementing programs and policies related to fiscal decentralization, intergovernmental fiscal transfers, local government’s finance and planning, and performance-based grant systems. After the transition of Nepal into a federal republic, he served as the first Vice Chairperson of Policy and Planning Commission of Bagmati Province in 2018-19, worked as an expert member of the Intergovernmental Fiscal Relations Council, and advised parliamentary committees of Nepal on issues related to finance, development, state affairs, planning, etc. As a short-term consultant, he also worked with the World Bank, UNDP, UNCDF, DFID, SDC, USAID, GIZ, JICA, The Asia Foundation, International IDEA, and National Democratic Institute contributing to both policy and research in the areas of Fiscal Federalism, Subnational Governments and Public Financial Management. Besides, he also has intermittent experience teaching Economics in many colleges including the Kathmandu University.

Devkota has been interviewed as an expert on federalism and current development issues in almost all television channels, newspapers, magazines and online media of Nepal. He has written numerous academic papers, articles, and reports mainly focusing on federalism, public finance, intergovernmental transfers, public expenditure management, and local governance. Some of his academic papers have been published at the Andrew Young School of Policy Studies at Georgia State University. 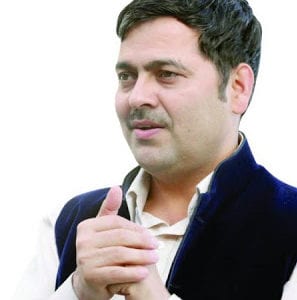