Charles R. Hankla is associate professor of political science at Georgia State University in Atlanta.  He received his PhD in 2005 from Emory University, and he also holds degrees from Georgetown University and the London School of Economics.  In the spring and summer of 2013, he was a visiting scholar at Sciences Po Lille in France.

Dr. Hankla’s research is in the fields of comparative and international political economy, and he has a particular interest in political institutions as they relate to fiscal decentralization, budgeting, trade policy, and industrial policy.  His research has included cross-national, quantitative studies and also field-work based analyses of India and France.  Dr. Hankla’s work has appeared in such journals as the American Political Science Review, International Studies Quarterly, Comparative Political Studies, Comparative Politics, and Publius.

Dr. Hankla’s administrative responsibilities have included nearly three years as director of graduate studies, where he was responsible for overseeing the political science department’s MA and PhD programs.  He is also an active consultant, particularly on topics related to fiscal decentralization and public budgeting.  Most recently, as part of a joint project of the Vietnamese National Assembly and the United Nations Development Programme (UNDP), he helped develop training to assist Vietnam’s provincial legislatures improve budgetary oversight.

Dr. Hankla also takes part regularly in the training and consulting activities of the International Center for Public Policy at Georgia State. He speaks fluent French and has a reading knowledge of Hindi, German, and Russian. In addition, Dr. Hankla is a regular public commentator on the politics of economic affairs. His blogs have attracted nearly 60,000 readers; they can be found here: https://theconversation.com/profiles/charles-hankla-146084/articles. 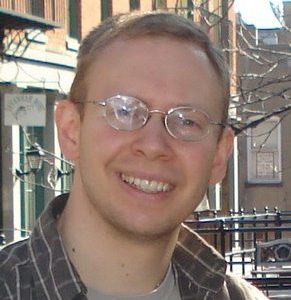