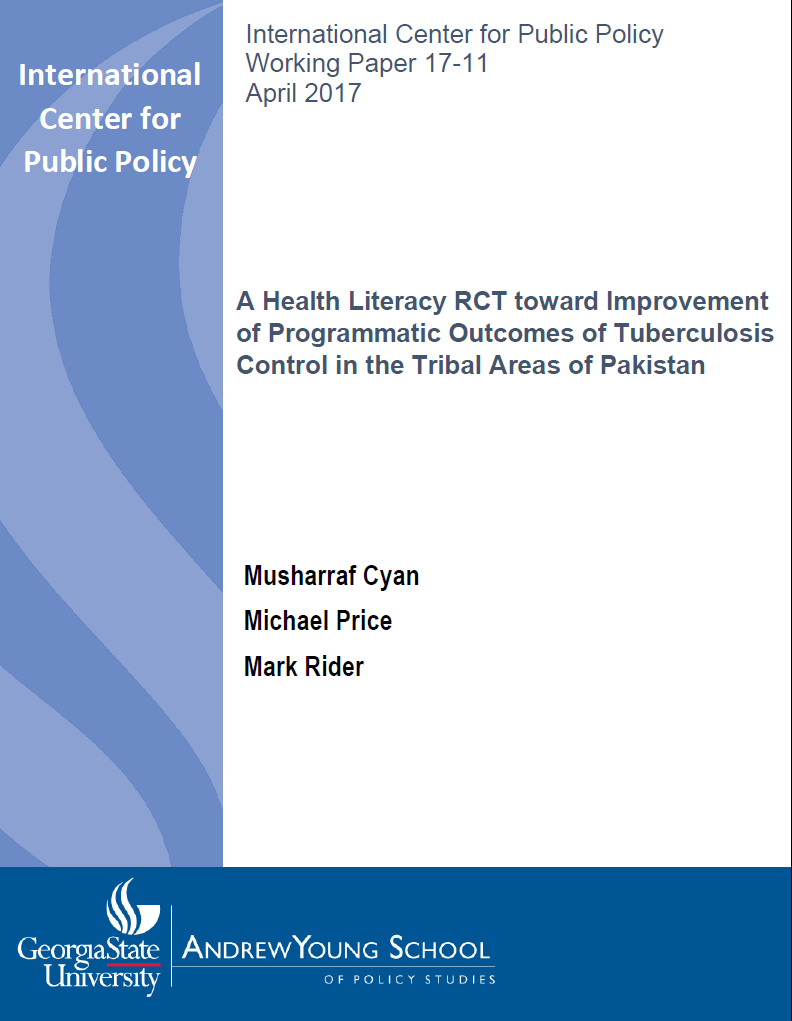 tuberculosis (TB) in 2013 and in the same time period 1.5 million died from the disease (WHO, 2013). The agency estimated that in the same year 550,000 children became ill with TB and 80,000 HIV-negative children died of TB. Further that close to half a million people developed multidrug resistant TB (MDR-TB) requiring longer and costlier treatment. Pakistan is one of the 5 countries with high incidence of tuberculosis and possibly rising numbers of MDR and XDR (extensively drug resistant) varieties of the infection. In recognition of the worldwide case of resurgence of tuberculosis, Pakistan implements a National TB Control Program. One of its most important components works in the Federally Administration Tribal Areas (FATA) that are afflicted by violence and militancy for the past one decade. The traditional tribal culture and the security issues complicate access to communities. This evaluation was carried out as part of the FATA Governance Support Program’s capacity building initiatives under PCNA implementation and direct support to Directorate of M&E FATA Secretariat.”-IDEAS/RePEc:Economics and Finance Research-