“Vegetables are rich source of vitamins, carbohydrates, and proteins. Increased 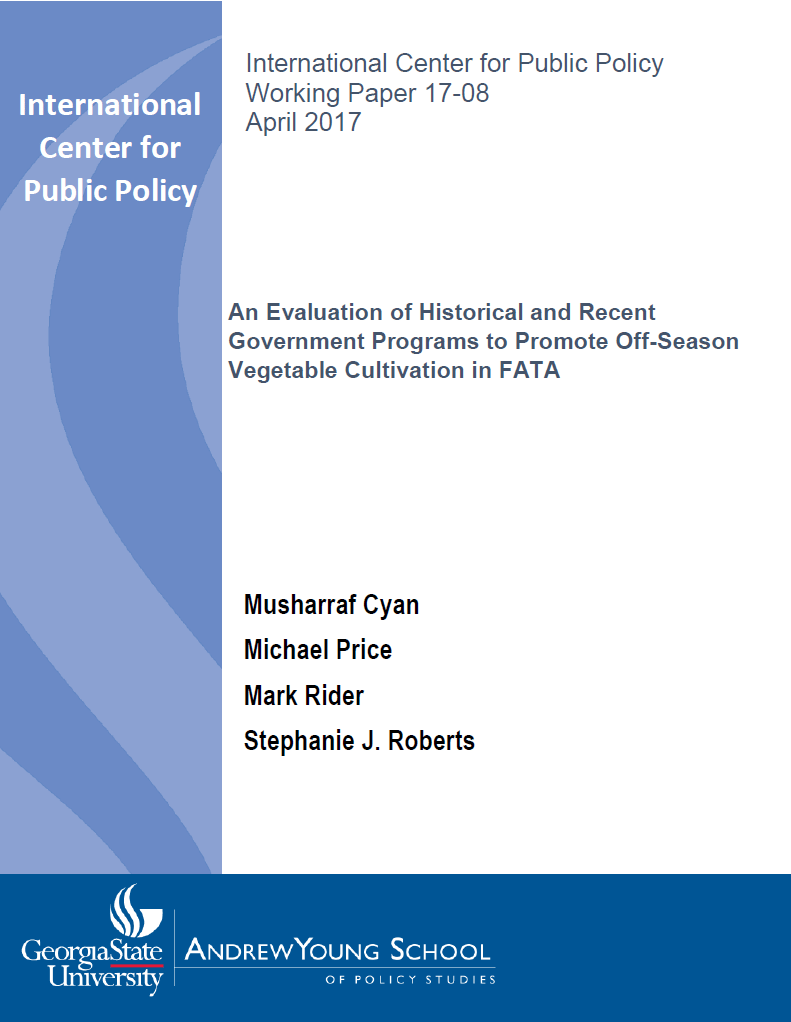 health awareness, high population growth rates, changing dietary patterns of an increasingly affluent middle class has generated a year-round demand for vegetables in Pakistan in general and in major city centres in particular. Due to the scarcity of off-season vegetables (OSV), they command a high price in the market. In the absence of storage infrastructure and vegetable processing industry in the country, OSV farming is a major opportunity for increasing farm income. However, farmers in the Federally Administered Tribal Area (FATA) of Pakistan are still using traditional farming methods and have not benefited from the opportunity to grow offseason vegetables. This working paper evaluates the OSV program. The evaluation consists of three surveys: a historical survey of OSV adopters, an environmental study of historical OSV adopters, and a post-harvest survey of the 33 farmers that adopted the OSV package. “-IDEAS/RePEc:Economics and Finance Research-