In October 2016, Elizabeth Gooch, Jorge Martinez-Vazquez, and Bauyrzhan Yedgenov published a ICePP working paper (#1610) that revisits the issue of the impact of institutional quality on economic development in Acemoglu, Johnson and Robinson, 2001.

This paper reexamines the causal link between institutional quality and economic development using “Malaria Endemicity” as an instrument for institutions. 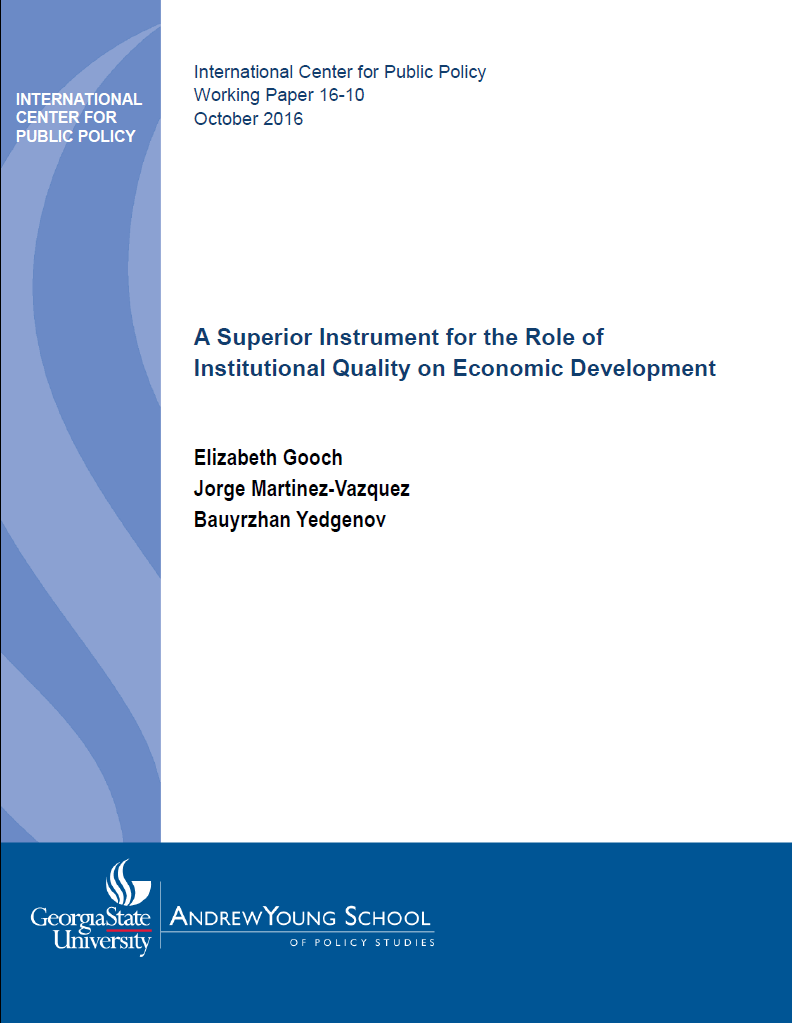 This instrument is superior to the previous
ly used instruments in the literature which suffered from measurement error, including “settler mortality.” Because the Malaria Endemicity measure captures the malaria environment before the discovery that mosquitoes transmit the disease and before the successful eradication efforts that followed, it is exogenous to both institutional quality and economic development. We find Malaria Endemicity a valid strong instrument which yields larger significant effects of institutions on economic development than those obtained in the previous literature.

Martinez-Vazquez is a Regents Professor of Economics and Director of the International Center for Public Policy (ICePP) at the Andrew Young School. Gooch is an Economist at the United States Department of Agriculture (USDA) Economics Research. Yedgenov is a Research Associate with ICePP and graduate student in the AYS Department of Economics.