The Determinants of Tax Morale in Pakistan -Journal of Asian Economics-

“This paper examines the determinants of tax morale in Pakistan, a country that has struggled with low tax effort over the past decade. We exploit novel data for individual taxpayers collected in 2014 by Pakistan’s Federal Board of 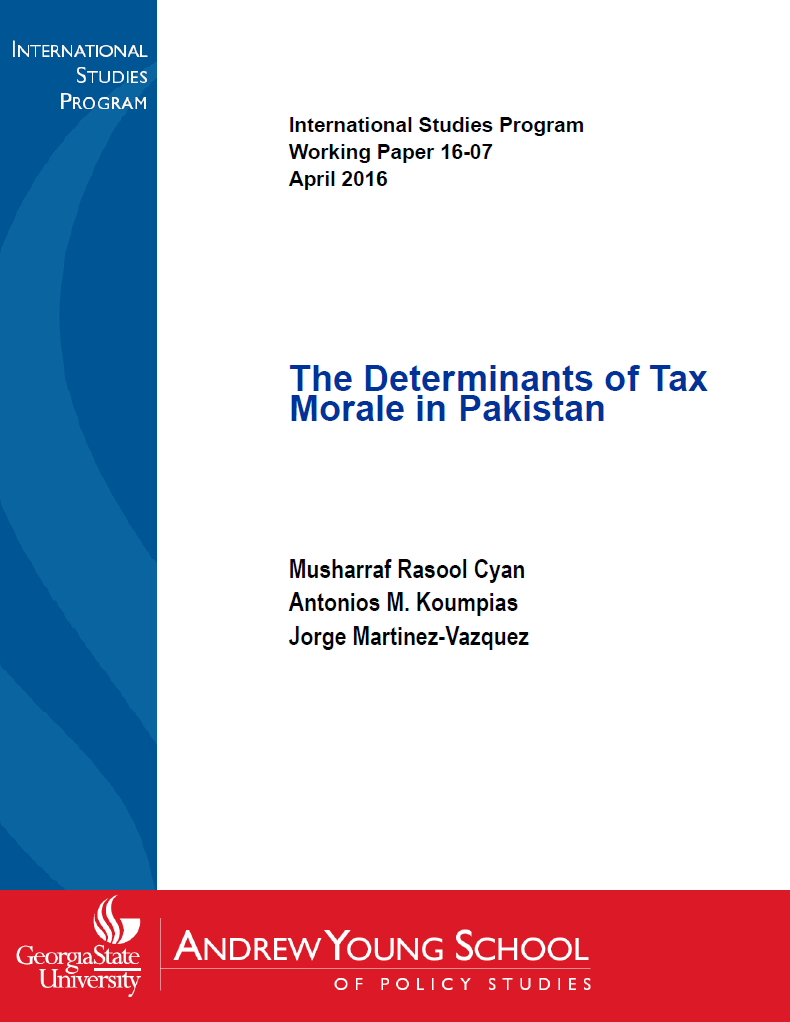 Revenue to estimate a binary probit regression model. Our results are generally in line with the findings of the modern empirical literature on tax morale in other countries. Overall, groups with lower labor force participation show more positive attitudes toward tax compliance. Educated respondents exhibit higher tax morale than the illiterate, but only for those with very low or very high educational attainment is tax morale higher than for those with bachelor’s degrees. Tax morale is highest in major industrialized population centers that serve as seats of government. Females show generally higher tax morale than males, however, their attitudes tend to worsen with age to such an extent that elderly females have lower tax morale than elderly males. Our findings on gender suggest potential gains from increasing female labor force participation rates. More generally, addressing the current failures of tax administration and dealing with horizontal inequity arising from administrative weaknesses may contribute materially to improving voluntary compliance.” – Journal of Asian Economics-